If you want to play together with others in a Counter-Strike team and get to the highest rank, you should consider which role you can best fill. But what roles are there and who actually does what?

Each Counter-Strike team consists of five players. In order to create the best team possible so that you can reach top rankings or even participate in Esport, you should pay attention to the role distribution, among other things (TheGlobalGaming offers a great guide about the CSGO ranking system). To understand which role suits you best, you should first be aware of what tasks and challenges each role entails.

The announcer or in-game leader is the heart of any team. He is responsible for leading his team and developing a tactical game plan. During a round, it is up to him to keep track of the game and give instructions to his players. Away from the game, it is mostly the in-game leader's job to develop new tactics for each map for his team or to prepare the training. Every now and then there are announcers who also take on other roles at the same time, such as the AWP player.

The AWPer
In addition to the in-game leader, the AWP player is part of the mandatory lineup in most teams. The AWPer carries one of the biggest burdens, as he holds the $4750 sniper rifle. Depending on the play style, the AWPer is responsible for finding the first kill in a round for his team. Unlike the rest of the players, the AWP player specializes in a single weapon and should be proficient in the use of the Sniper.

The Entry Fragger's job is to be the first to seek combat in an Execute, for example. Usually the Entry has very good Aiming as well as a good understanding of the positioning of his opponents. As the spearhead of an attack, however, the Entry Fragger must not only make kills, but also pay attention to gaining space so that his team can move up.

The Supporter's job is to support his teammates with stun grenades, smoke grenades, or Molotov grenades. With good support the probability that your entry fragger is successful increases drastically. Since the supporter is usually busy throwing Flashbangs and Smokes, it often happens that he enters the fight last. As a result, the support usually has fewer kills on his account than his teammates. However, without good support, an Execute is often stopped early on by the CT side.

Another popular role is that of the Lurker. His job is to find gaps in the opponent's defense and exploit them. On the T-side, the Lurker either creates distractions on the other side of the map to stop or delay rotations of the defense. Alternatively, he simply tries to hold his team's flank and then move up to support his team.

Which role suits you best depends on your playing style. If you like to give instructions, the announcer might be for you. If you like to support your teammates, you might be born to become a supporter. Or maybe more than one role suits you. In the pro scene there are many role combinations like AWPer who are also ingame leaders or ingame leaders who are also entry-fraggers.

It is also becoming more and more common for pro teams to abandon the clear distribution of roles. Instead, each player has to act as an entry or supporter, depending on the situation. 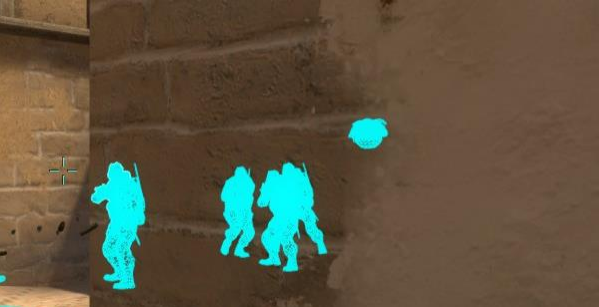