You boot up your favorite online game, do a bit of Aimlab to get warmed up, and venture into competitive play, thinking

It’s days like those, that you need something else..

Something a bit more relaxing, that won’t have you screaming at your teammates in a foreign language

And what better alternative than submerging yourself in the wondrous world of single player RPG’s, to enjoy some downtime

You could even find yourself one of the lucky winners of one of our steam gift cards over at https://vloot.io/ - And practically get these games for free.

So if that sounds like a good trade, I’d head over there right now, and participate in the giveaway. It could be your lucky day!

But with that little introduction out of the way, grab a blanket and a hot cup of chocolate, and let’s get started!

The Witcher 3: The Wild Hunt

Do you like swords? Exhilarating combat and the possibility of getting into bed with 80% of the females you interact with?

Well, then Witcher 3 might just be the PERFECT game for you.

Before  “Toss a coin to your witcher” became a thing, You could literally BE the Witcher, and go on marvelous adventures throughout “The Continent” (yes, that’s what the world is called)

The base game alone contains anywhere from 40 to 80 hours of gameplay, depending on how much “Adventuring” you do

And trust me, there’s a LOT of chances to go on adventures.

You get to explore a plethora of continents and islands, and even more, breathtaking locations become ripe for discovery, when you unlock the DLC

Each of the two DLC packs is the length of certain other base games, and allows for Multiple Endings

One thing that blows my absolute mind about the witcher, is how every single sidequest, isn’t just a mere “kill 10 boars”

But rather well crafted storylines, where you experience a lot of world building, and meet characters that you learn to care for.

The level of customization is nothing to scoff at either.

There’s a total of 6 different sets you can go for, each with their own bonuses and characteristics.

Or more of a defensive tank with the bear set, dealing monstrous damage to your enemies every time they hit you.

Basically “Why are you hitting yourself” - The Set

So if you haven’t already played through the witcher 3, I honestly don’t know what you’ve been up to all these years!

Do yourself a favor, grab it on the steam and embrace your inner medieval monster hunter, sometimes for as low as 9.99 Euro!

Borderlands 3 (and 2 while you’re at it)

I played Borderlands 2 back in 2013, was completely blown away, and waited 6 LONG years for the release of BL3,

And let me tell you. It didn’t disappoint.

The art is beautiful, and a nice change of pace from the industry’s obsession with hyperrealism.

It looks very cartoony and makes you feel like you’ve stumbled right into a playable comic book.

The characters are all great, each with their own hilarious dialogue which keeps you entertained throughout the entirety of your playthrough.

And not only that, they’ve each got deep, extensive skill trees that give you tremendous choice, as to how you want to progress through the game.

If you’ve played the previous Borderlands titles, you’ll become reacquainted with a lot of the characters you love

And the story itself is a fun adventure that spans throughout a plethora of different planets, all with their own biomes, and enemies.

Borderlands 3 is the type of game that makes you feel like a badass.

Is the “Field test” scene from the 2014 Robocop movie

Borderlands 3 is a fun experience that will last you for anywhere between 30-100 hours, depending on whether you decide to play the story just once

Or if you decide to go all the way, beat the hardest difficulty and reach the max level to unlock the full extent of your skill tree.

All in all, if you want to take a break from your latest online shooter obsession, but still want to keep your aim on point while getting a few laughs.

Have you ever wanted to be a cute, red headed, tomboy Indian chick with some INSANE bow skills?

All while trying to unlock the secrets of the universe, and discovering why humanity became on the brink of extinction?

Well, then Horizon: Zero Dawn is Literally the perfect game for you because that’s damn near all you do.

You play as the lovable Alloy, a hot headed yet tender female lead who’s shunned from her tribe, and then decides to go on a hunt to unlock the secrets of the universe

Lots of points of interest to be explored? Check

An absolutely breathtaking and colorful world to explore? CHECK

So if you’re looking for riveting adventure with lots of beautiful art to leave you in awe, and gameplay that has you coming back for more

Well, then you might want to check out Horizon Zero Dawn.

You’re telling me I can get these games for free?

There’s no denying that the pandemic has left a lot of our bank accounts, well…

And you might not be able to splurge on a bunch of cool videogames, no matter how epic I’ve just made them sound

But that’s where you’re in luck!

With https://earn.vloot.io/earn - You can actually get these games for FREE

Over at earn.vLoot.io, you can complete a series of easy to do tasks, that will rack up points, which can then be exchanged for some sweet gift cards.

So you literally have no excuse now to NOT play all of these amazing titles, so get to it man! 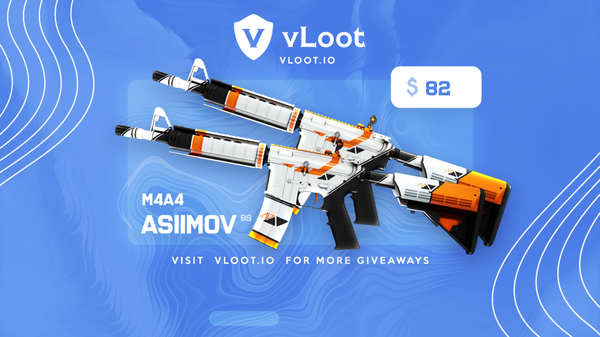 Hey everyone! Today I want to tell you about an awesome 2x M4A4 Asiimov Giveaway that we are currently hosting on vLoot.io! Simply complete the entry tasks which takes a few seconds in order to be entered into the draw! Two winners will be drawn this time and each 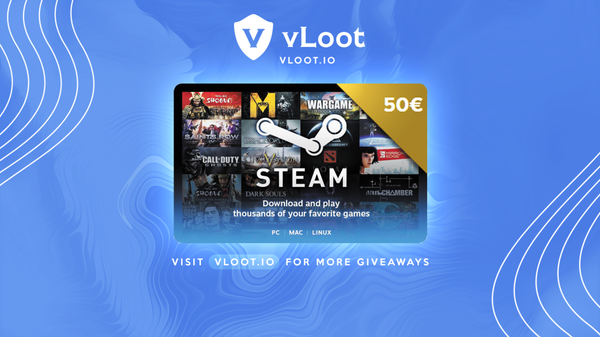 Hey everyone! Today I want to tell you about a great 50€ Steam Gift Card Giveaway that we are currently hosting on vLoot.io! Simply complete the entry tasks which takes a few seconds in order to be entered into the Gleam.io draw! Enter via the link below! https: 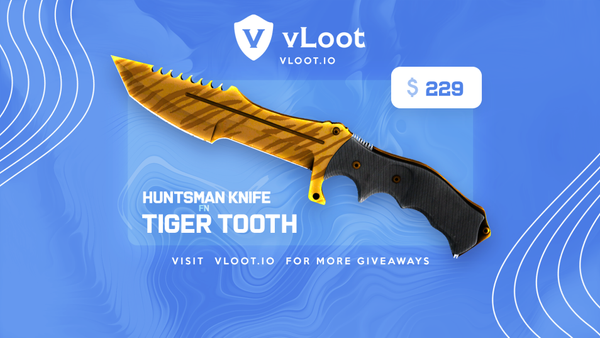 Hey everyone! Today I want to tell you about an awesome Huntsman Knife Tiger Tooth Giveaway that we are hosting on vLoot.io right now! Simply complete the entry tasks which takes a few seconds in order to be entered into the draw and check out vLoot for other awesome